Defensive driving is always the best method of avoiding accidents and injuries from an automobile crash. Avoid the accident in the first place, and you don’t have to worry about any of the other complications (including lawsuits, insurance claims, finding a loaner car, getting arrested, on and on). Even the best drivers, however, can become involved in an accident caused by someone else’s careless driving or other circumstances not under their control. In a case like that, you’ll be grateful for modern safety improvements like stability & traction control, blind-spot alerts, and anti-lock brakes, but let’s not forget the pioneer’s seat belts and airbags.

Airbags have been standard equipment in automobiles in the United States for years. The following article explains some basic information that you may or may not know about airbags’ invention, function, and usefulness in regards to our safety while driving.
Car airbags have become almost a standard fitment on today’s vehicles, yet the nearest most of us get to coming into contact with one is watching the TV footage of them being tested under laboratory conditions.

This, of course, is a good thing, but it’s important to appreciate how, in the event of a sudden impact, an airbag can protect us from potential harm. Airbags were first fitted to a car in the 1950s, but the early variants had limited success, due to them using compressed air, which could not inflate the bag quickly enough to make them effective in a high-speed crash. Ex-US Navy industrial engineer John W Hetrick designed the first air cushion which we would recognize as an antecedent of the modern airbag, working in conjunction with many of America’s leading carmakers, while in Japan, Yasuzaburou Kobori was awarded patents in 14 countries for a design he devised in 1963 but it had still not been widely applied when he died 12 years later. The airbag requires some form of detonation in order for it to be able to release the gas which fills the bag and thereby protects a car’s occupants from hitting any of the hard components on its dashboard. This explosion is triggered when electronic sensors in the car detect that it is slowing down at least a minimum rate. These sensors activate a switch, which then completes an electrical circuit, and in turn sets off an explosion inside the airbag, causing it to inflate. In essence, it is like a sudden shock that causes the detonation of a bomb. The explosion causes the airbag to be very quickly filled with nitrogen, which inflates it at such pressure that it breaks out from the compartment in which it is housed and protects the part of the occupant’s body that it is intended to shield. The exterior of an airbag is made of a fabric similar to nylon, which, by all reports, has quite an abrasive surface. This is caused by the hundreds of tiny ventilation holes in the bag, which serve to let the bag deflate quickly after it has been deployed and done its job. The gas in the airbag simply escapes through these holes, and it deflates slowly once it has provided the cushioning effect which is needed to help prevent injury. The positioning of airbags is carefully designed to be the optimum for protecting parts of the body where the car occupant’s bones are at greatest risk of being broken through coming into contact with the hard surfaces and components of the vehicle’s interior. Therefore, airbags have been developed to protect many areas inside a car, and today are commonly fitted at head or chest level directly in front of each passenger, in the door sills so that they can deploy in the event of a side-impact, to the car’s B-pillars (the vertical strip which runs between the front and rear doors), and in the roof lining so that they descend to provide protection for the heads of the vehicle’s occupants. Many people are surprised that airbags will be activated at relatively low speeds, but it is the case that many minor injuries are prevented by the use of these bags, simply because greater injuries are often caused by a car’s occupants coming into contact with interior fittings of a car than by the impact of the car with another object itself.nknown. Invest $1.00 and get a hundredfold back due to the expertise I’m sharing with you in the guide. You won’t regret it, I promise! So let’s wrap this up now … click the Buy Now button below … do it!

This site uses Akismet to reduce spam. Learn how your comment data is processed. 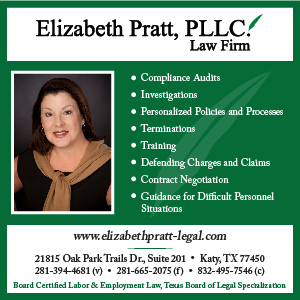